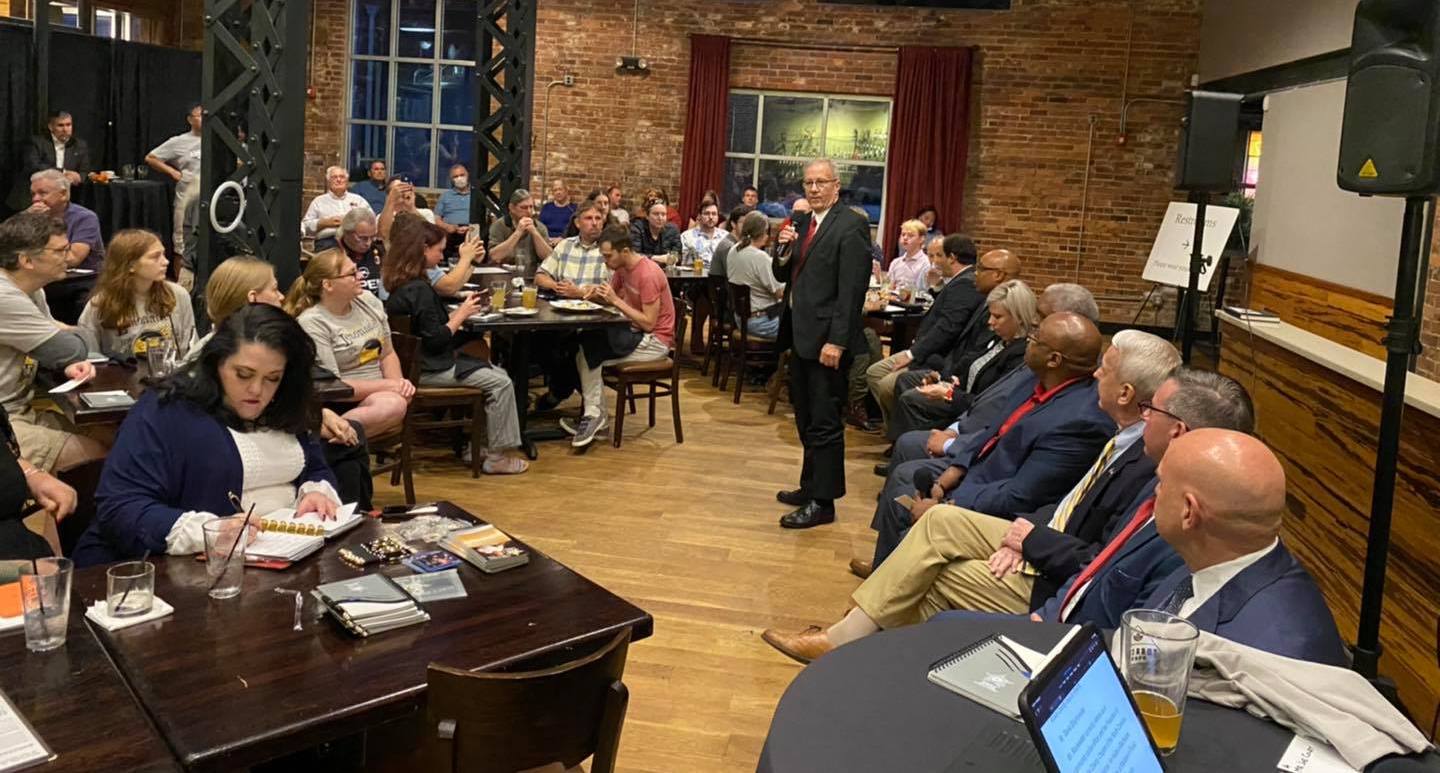 "Even though the election is over a year away, there is much interest in this race," commented WakeLP Vice Chair Patrick Bowersox, the chief organizer of the event. "This is the largest candidate forum we have ever sponsored."

"Our vision is a free, peaceful, and prosperous North Carolina where every individual has the opportunity to pursue her, his, or their unique vision of a rewarding and enriching life," added WakeLP Chair Travis Groo. "Defending every person's individual rights is a key component of pursuing that mission, and the sheriff has a lot to say about how well—or poorly—that can be achieved here in Wake County. As libertarians, we have a responsibility to all the citizens of the county to ensure that candidates for sheriff have an opportunity to publicly address issues pertinent to individual liberty."

The deadline for candidates to file to run for sheriff is in December, so it is possible more candidates may join the race or some may drop out. The primary elections in March 2022 will winnow the Democratic and Republican fields down to one candidate each. The election is in November 2022.

The forum was featured in late evening news reports on at least three local TV stations and set a new all-time attendance record for a WakeLP event: 137 people (97 in-person plus at least 40 online via Zoom). A recording of the event is posted on the WakeLP's YouTube channel.